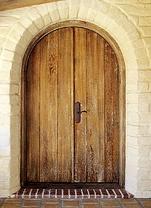 The Lord of the Rings

I have been in love with the books since I first read them in the summer of 1975. I've lost track of how many times I've read them, about 30 times now I think, but then there's also all the cassettes and CDs and now Peter Jackson's movie (we won't talk about Ralph Bakshi's attempt). I used to collect different editions of the trilogy, but they kept coming out with too many different covers too often, so now I just collect them from different countries. No, can't read a word of them, but I love to see how other countries package them and what it looks like. I have the trilogy in  British,  Bulgarian, Dutch, Finnish, German, and Korean! There's a great online shop that sells copies in other languages, so if you're looking for something, try the Tolkien Shop in the Netherlands, Rene has all sorts of interesting stuff.

Hey ho to the bottle I go. To heal my heart and drown my woe! Rain may fall and wind may blow, but there still be many miles to go! Sweet is the sound of the falling rain And the stream that falls from hill to plain! Better than rain or rippling brook Is a mug of beer inside this Took!
adapted from JRRTolkien by Peter Jackson et al

You can search far and wide,  You can drink the whole town dry But you'll never find a beer so brown As the one we drink in our home town! You can keep your fancy ales, You can drink 'em by the flagon, But the only brew for the brave and true Comes from the Green Dragon!
by Peter Jackson et al